Strength is a skill

Posted by Ignatius Loubser on Saturday, April 23, 2011 Under: Strength 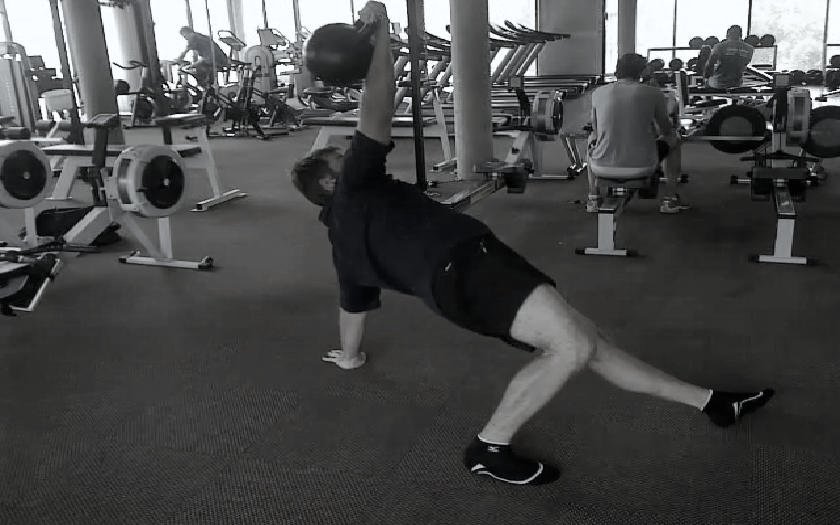 Looking at the title of this article a lot of my peers had a huge question mark on their faces and thought: “Naat, you have been doing too many heavy squats?” “And reading too much propaganda from the former Soviet Union comrade!”

But in actual fact strength is a skill just like throwing a ball or doing a swimming stroke is also a skill, according to me, Russian and American special forces Master of sport and Strength expert Pavel Tsatsouline, Dr. Mell Siff, Prof. Yuri Verkhoshanski and other experts too numerous to mention.

Thus in the same way that strength is a skill the Strength & Conditioning (S&C) specialist or other coaches, employs the following to hone and practice the skill of strength

-         Bodyweight exercises that is gymnastics based and

Unfortunately the majority of S&C specialists / coaches believe strength is just coming in and doing the hard work (which is often described using the term “training”) when in actual fact it is needed to be looked at from 4 parts namely:

-Training ( Organized activity aimed at imparting information and/or instructions to improve the recipient's performance or to help him or her attain a required level of knowledge or skill. en.wikipedia.org/wiki/Training )

- Practise ( To repeat an activity as a way of improving one's skill in that activity en.wiktionary.org/wiki/practise )

Thus in a good S&C program a coach will need to address all four of the above mentioned components.

Let’s say they use squats as one of their primary movements to increase their athlete’s strength.

1. Some sessions will be focused on training the skill of squatting i.e.

2. Other sessions will focus on practising the squats by repeated movements with uncompromised form and technique and with as little fatigue as possible!

3. Sessions that focus on assistance exercises for the squat. In this example movements that will help with balance pelvic stability / mobility and glute activation and so forth.

4. And the every now and then session that focus on the performance of the squat this will be when you test the athletes 1RM (This referrers to the 1 repetition maximum which is the maximum amount of weight the athlete can lift once with proper form and technique)

This then by implication means that you are not trying to out perform yourself, but you are obsessively working to perfect your skill, exactly like doing stroke drills in the pool for swimmers or goal kicking practise for soccer players.

This leads me to the most important factor of strength as a skill and that is that strength = tension. This is also the reason why the top S&C coaches has the ability to increase some athletes 1RM by up to 20% in 1 session and sometimes even experienced lifters 1RM by 5-10% because we understand Newton’s laws and 1 core principle of strength and that is that strength is tension. The skill of an athlete to generate high levels of muscular action / tension is what determines their strength. So just in the same way that you have the little 1st grader that “Magically” has the skill to kick a ball, bowl accurately and hit a ball, in just the same way do you get those guys that just seem to be “naturally” strong.

When it comes down to generating tension it does not depend on the size of the muscles  but the size of the lightning! The lightning effect is the reason why a wiry 75kg Powerlifter can deadlift 355kg! What do you mean lightning?? With lightning I mean electricity, the electricity that you create in your brain and nervous system that activates / recruits muscle fibres.

The average person can activate about 20% of their muscle fibres in a muscle if they put in maximum effort in a lift. The top powerlifters and weightlifters use only up to 50% through them being skilled in recruiting those muscle fibres.

“Your muscles are already capable of lifting a car, they just don’t know it yet. To appreciate your true strength potential, ponder the fact that when a person is electrocuted by lightning or the Federal government, his muscles tear…, his tendons rip off their attachments… and even bones break! For the first… and the last time in the death row inmate’s or golfer’s life his muscles were fully activated by electricity.” Pavel Tsatsouline – Power to the people.

The fact that we do not know how to activate 100% of our muscle fibres in a given moment is probably a very good thing for our own and others health and safety but it shows how much of a strength reserve we have that can be tapped into still. This changes the generally accepted role of S&C specialists as only teacher to also being a physicist and for them to apply Newton’s law for every action there is an equal and opposite reaction. This implies that if you start out by generating the tension within yourself and apply it in the most mechanically effective manner your strength skill can multiply. Thus the S&C coach trains his athletes to manipulate their own bodies to generate tension for safe and powerful lifting and movement.

They also do this by creating the space for their athletes to practise the skill and to inspire and motivate them and to show them how to through deliberate will power create this tension in their body effectively and safely to achieve new heights using the secrets of the greatest minds on the planet.

Pavel Tsatsouline, (1999) Power to the people. Russian strength training secrest for every American